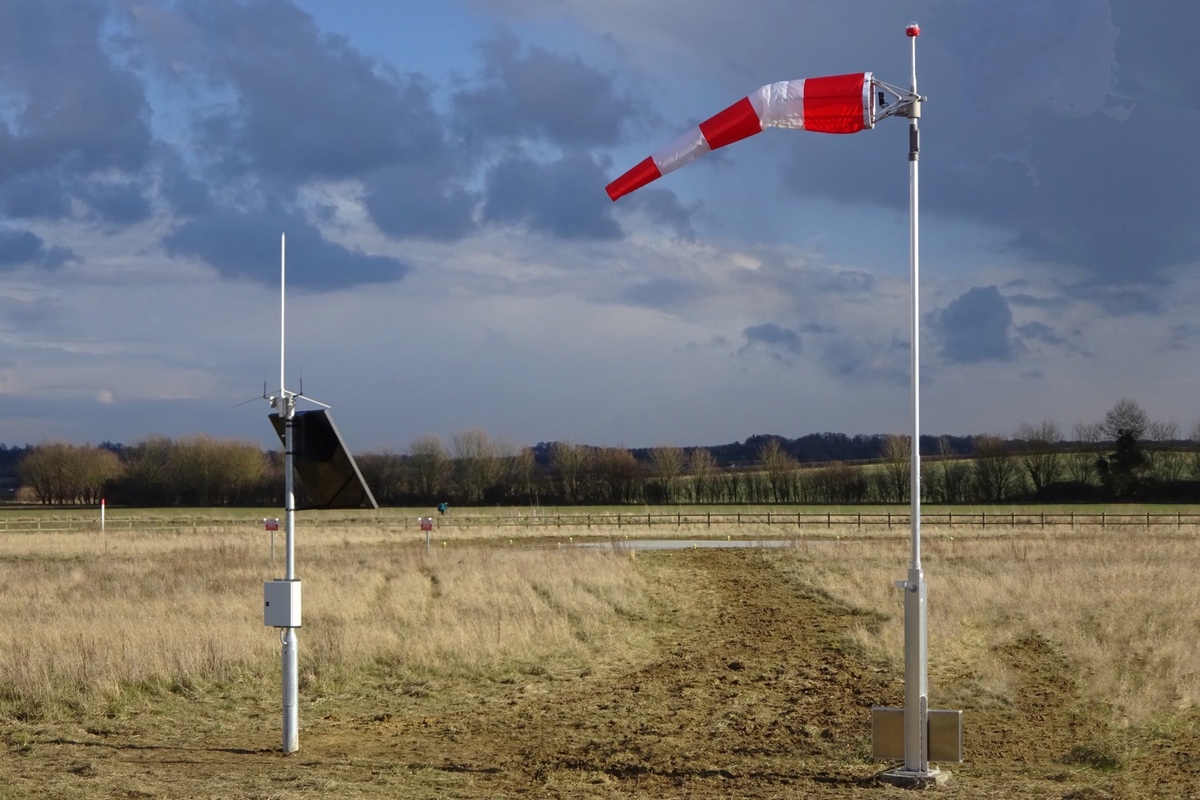 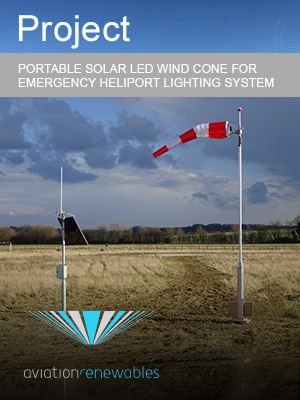 The vast majority of Medevac flying in the United Kingdom is handled by charity organizations. The organizations operate on limited budgets, and are supported primarily by donations. As such, the priority for these organizations is maximizing the safety of night operations with cost-effective solutions. As primary beneficiaries of the medevac services, the remote communities take particular care and ownership of these lighting systems. The local community members operate, deploy and perform maintenance on these systems. As such, a system that is durable, reliable and simple to operate is required.

In order to keep costs as low as possible, a system design using a common solar power system for the entire kit was developed. The portable lights are charged in a cabinet by the solar power system; the Pilot Activated radio control system is kept in active mode by the internal battery; and the windcone is powered by this same solar power system. When a medevac situation presents itself, local community members deploy the portable emergency lights on the perimeter of the helipad. The lights can be switched on manually, or by the approaching helicopter via VHF radio.

Pilot reports indicate the lights can be seen at these remote sites as far as 4 miles out. The internally illuminated windcone gives key indication of the wind direction and strength, vital information for the pilots whilst planning their approach and touch down. The system has been very well received by both pilots and community members alike.