Windsock Lighting for Remote Helipad on the Coast of British Columbia 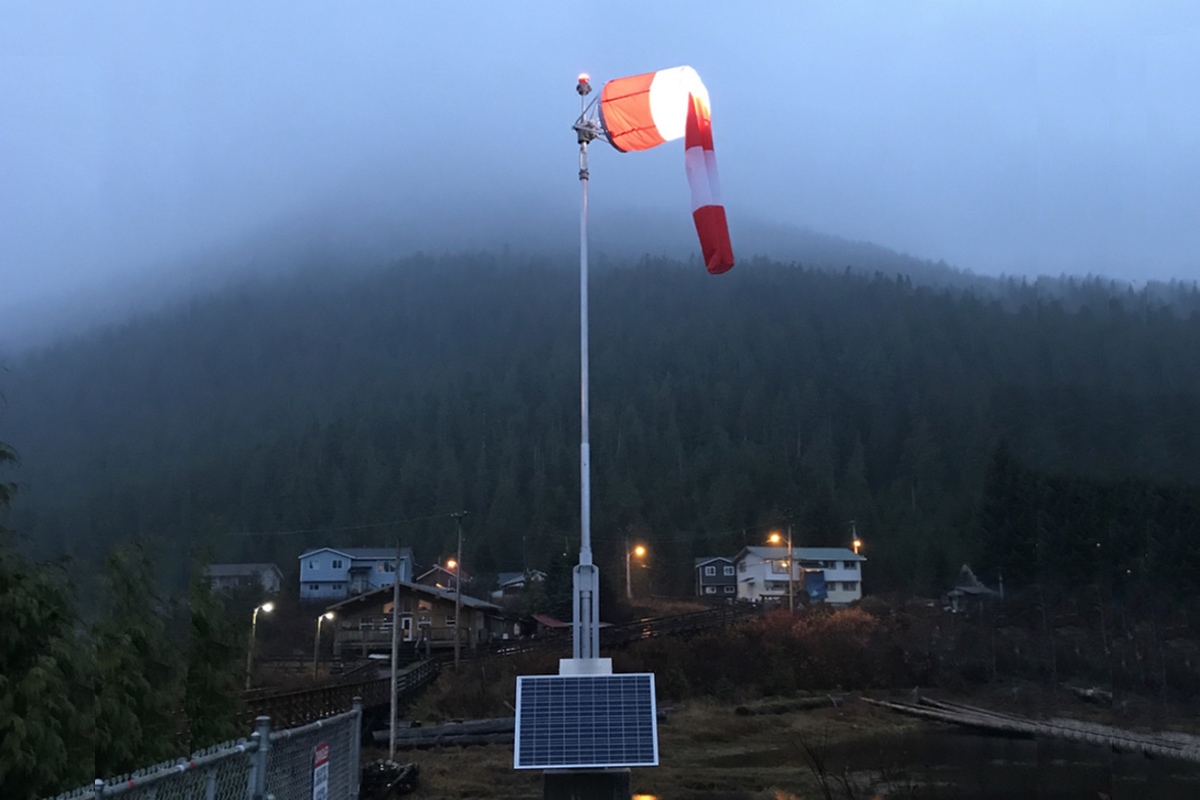 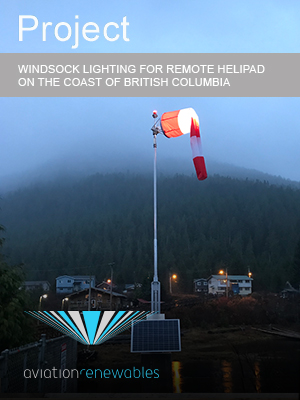 Windsock Lighting Solution. Aviation Renewables supplied a Solar Series Permanent LED Windsock Lighting as part of a heliport repair program for the Canadian Department of Fisheries and Oceans at a remote heliport on the coast of British Columbia. The Solar Series Heliport Windcone provides clear indication of wind direction and speed for helicopters, both night and day, 365 days of the year.

The existing helipad is located in a remote community that is only accessible via boat, helicopter or seaplane. The helipad was scheduled to be reconstructed to bring it up to current standards. As part of the reconstruction, the heliport was equipped with a lighted wind direction indicator to add enhanced conspicuity. As the community is very remote, with limited electrical infrastructure, a solar powered solution was required. Due to the rugged mountainous terrain and the northern latitude, the available solar insolation was quite limited, leading to design challenges.

The Solar Series Windcone was specially requested due to the ability to easily increase the solar charging capacity to combat the limited solar energy available. The windcone is easily mounted to a single concrete pad, which enabled the civil works contractor to quickly assemble and install the unit. SOLAR WINDSOCK LIGHTING FOR REMOTE HELIPAD ON THE COAST OF BRITISH COLUMBIA This version of the Solar Series Helipad Windcone was set up with dusk-to-dawn automatic operation, meaning the windcone will automatically illuminate in the evening, and turn itself off in the morning. The Windcone has a custom solar panel mount in order to maximize the collection of the available solar power in that region.