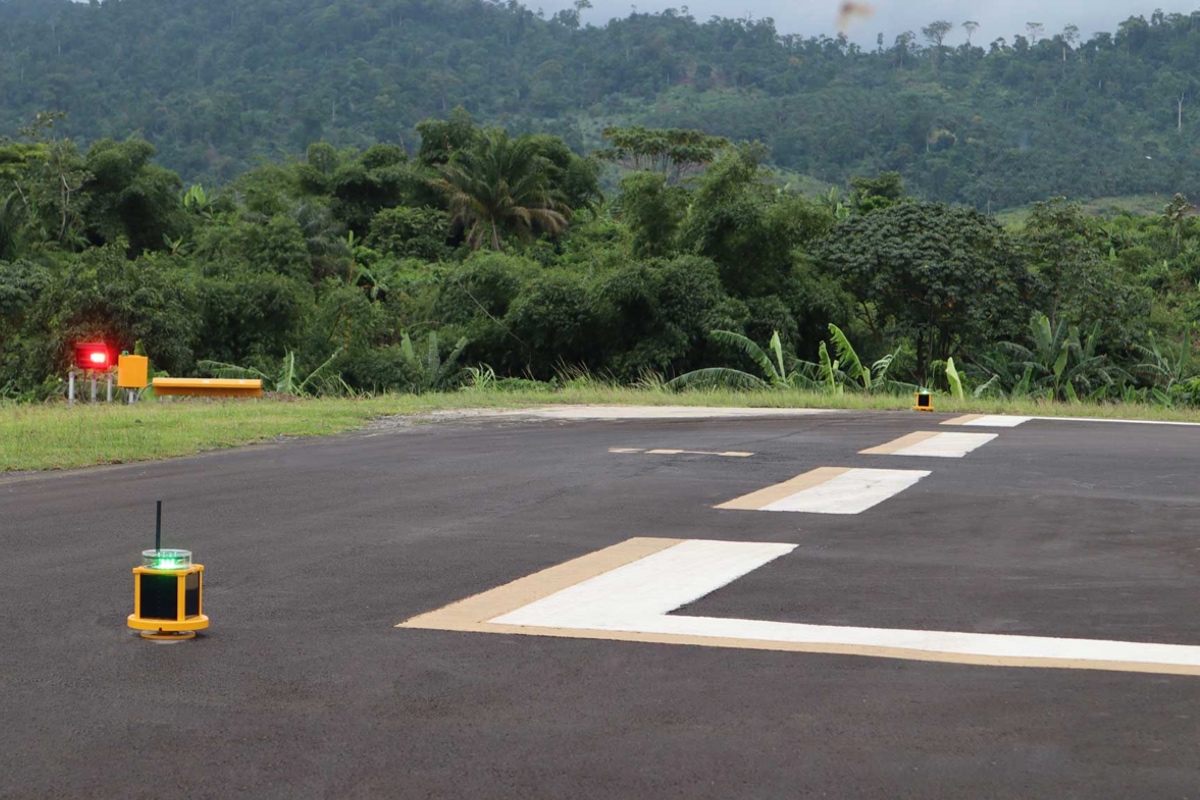 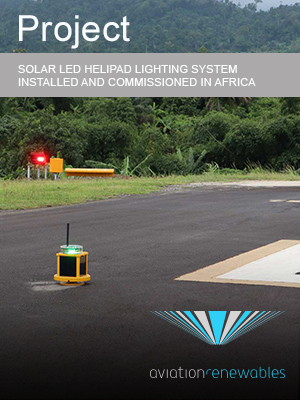 LED Helipad Lighting. Aviation Renewables was awarded a contract to deliver, install and commission a solar powered LED Helicopter Approach Path Indicator and solar LED helipad lighting system to a customer in Central Africa. The system is designed to operate without the use of the grid power, making it a reliable cost-effective safety tool for the operation.

The heliport operates in a coastal jungle area, which is subject to frequent showers and low visibility. During approach, there are several obstacles that must be avoided using proper glideslope. Being a remote site, access to electrical power is limited. As a result, they required a solar powered system that would operate without need for electrical inputs of any kind. The helipad operates with limited ground staff, necessitating the ability for the pilots to be able to activate and control the intensity of the lighting from the air.

Aviation Renewables delivered, installed and commissioned an off-grid, solar powered LED HAPI, windsock and solar TLOF lighting. The HAPI is powered by a self-contained solar power system that is mounted on frangible couplings. The 120W solar unit charges batteries containing 2.5kWh of storage, enabling the HAPI to operate for up to 8 hours per day. The Solar Series LED Wind Cone is installed adjacent to the helipad. It is a completely self-contained unit that mounts to a single mounting point, which eliminates any need for underground cabling or connections points which are a common point of failure. The windcone is powered by a 100W solar module, which will power the internally lit wind sock and obstruction light from dusk to dawn.

The solar LED TLOF lighting is activated by a pilot activated radio controller, which allows the pilot to use the VHF radio in the cockpit to control the intensity of the lighting. The lighting is standalone and autonomous, requiring no connection to grid power or electrical wiring.

Aviation Renewables was on site to lead the installation and commission the system. The entire system was installed and operational within 5 days.