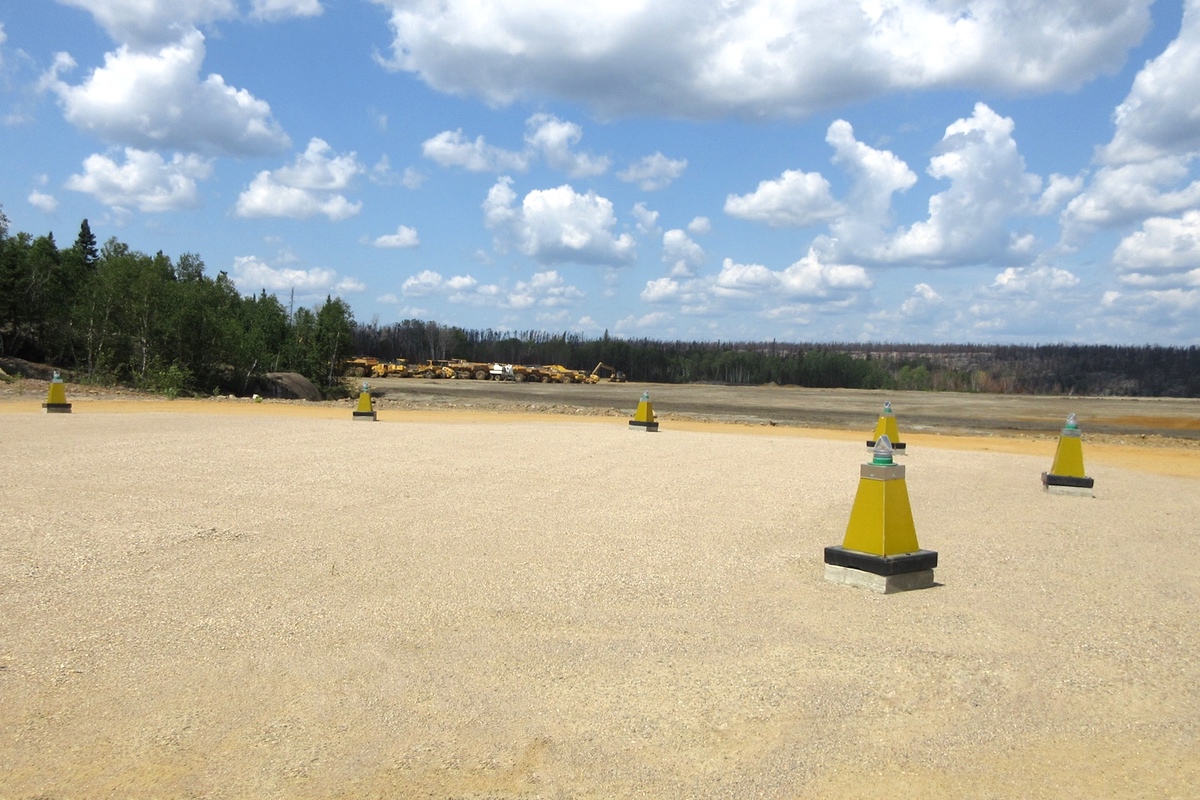 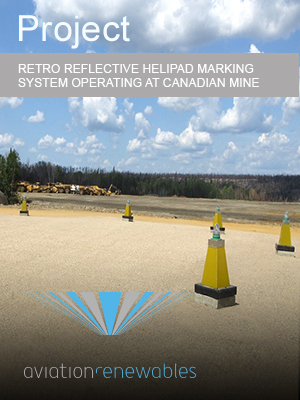 As part of their Emergency Response Plan, the mine had a need for a reflective helipad markers in order to be a certified landing zone for MEDEVAC helicopters. The equipment needed to be compliant to the Helicopter Operator’s standards, and be built to withstand the harsh environmental conditions in Northern Canada. The client worked with Aviation Renewables to design a system that would exceed the requirements, by including additional Solar LED helipad lighting for added conspicuity.

Aviation Renewables was able to supply a retro reflective helipad lighting system with Solar LED Lighting. The micro-prismatic retro-reflective panels on the helipad markers are highly visible for approaching helicopters, and are visible by 4 miles in both Visible and Night Vision conditions. The passive markers not only require zero maintenance, but are also of little value to potential thieves. Being in rural undeveloped territory, the risk of theft is significant for any valuable technology. The reflective helipad markers and lights are firmly secured to the ground with stakes, and are able to withstand rotor downwash and tough climactic conditions. As a result of the installation, the mine was able pass the operator’s audit. They are now able to rely on emergency medical evacuation at any time, day or night.